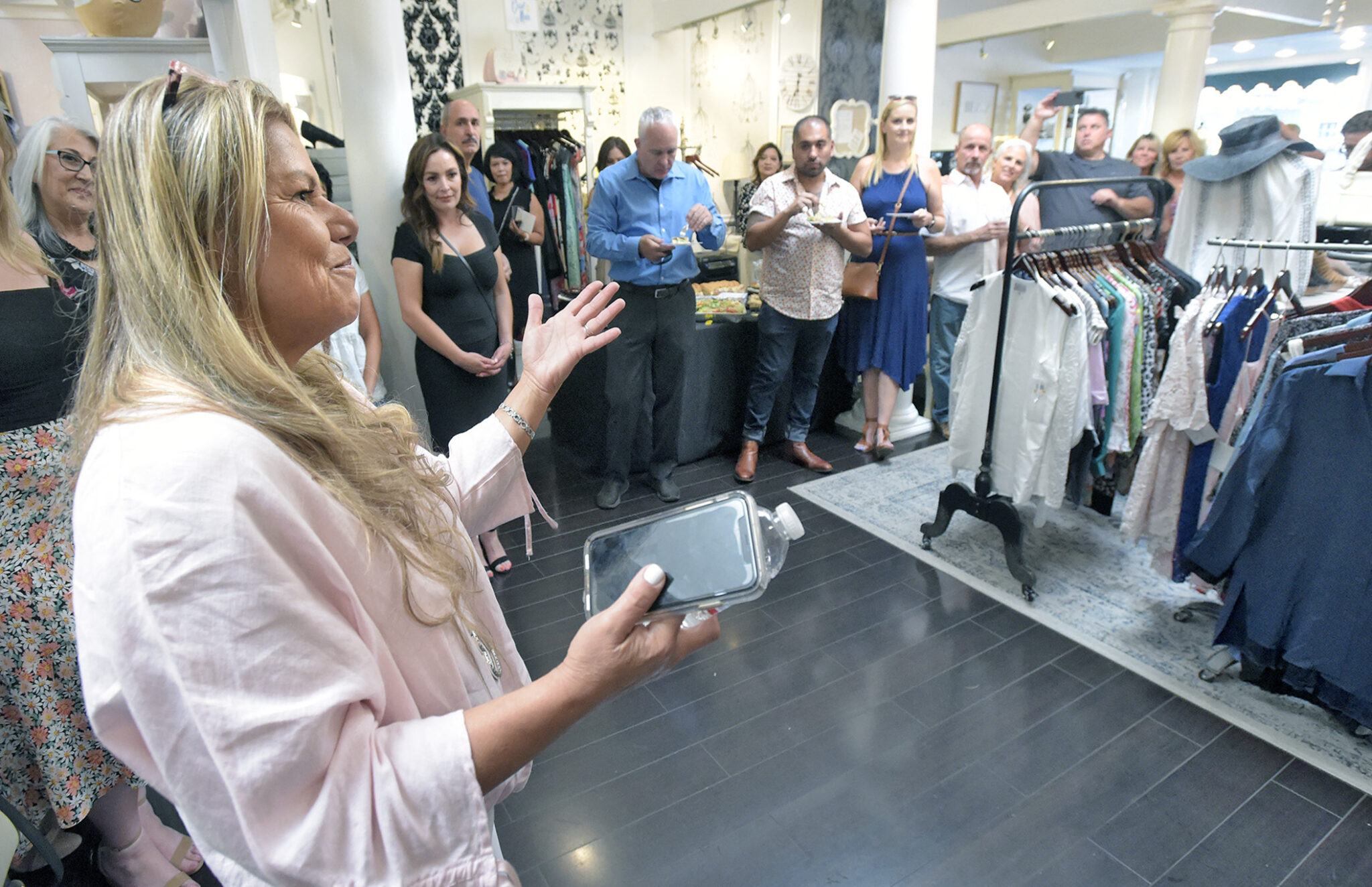 A picture may say a thousand words, but a piece of art can tell a survival story, according to the leaders of Single Mothers Outreach, who held their annual “Empowering HeArts” kickoff event at Closet on Main on Friday.

The event — the organization’s largest of the year — is a chance to pair a single parent who the organization assists with an artist who will then meet with them, learn about them, and use their chosen artistic medium to depict that honoree’s story.

A picture may say a thousand words, but a piece of art can tell a survival story, according to the leaders of Single Mothers Outreach, who held their annual “Empowering HeArts” kickoff event at Closet on Main on Friday.

“Basically, we pair the artists from this community with honorees that embody the theme of the year, and this year is ‘Survivor,’” said Yorleni Sapp, executive director of SMO. “And from now until November, these artists are going to perform to create a piece of art based on the story of this woman.”

“We’re really trying to take women in our community that has embraced challenges and really honor them and recognize them for persevering,” said John Vance, chairman of the SMO board.

Sapp said the theme was chosen because, she said, every single parent is a survivor.

This year, SMO chose six artists and six honorees from a number of applications, and they said they chose the six best stories and the six best portfolios from artists.

One such honoree, Jessica Delazari, a mother of two who has worked with the program extensively over the last year, said she had been able to escape a domestic violence situation with her then 2-month-old and 4-year-old. 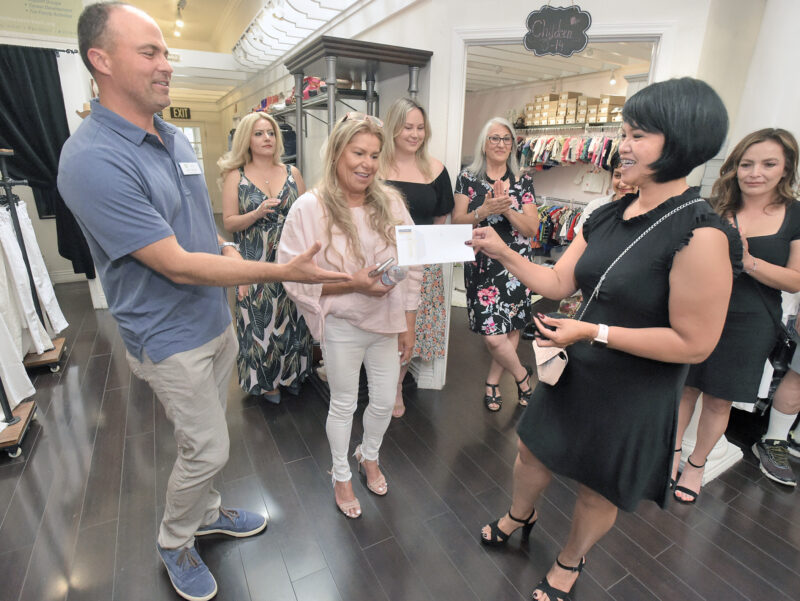 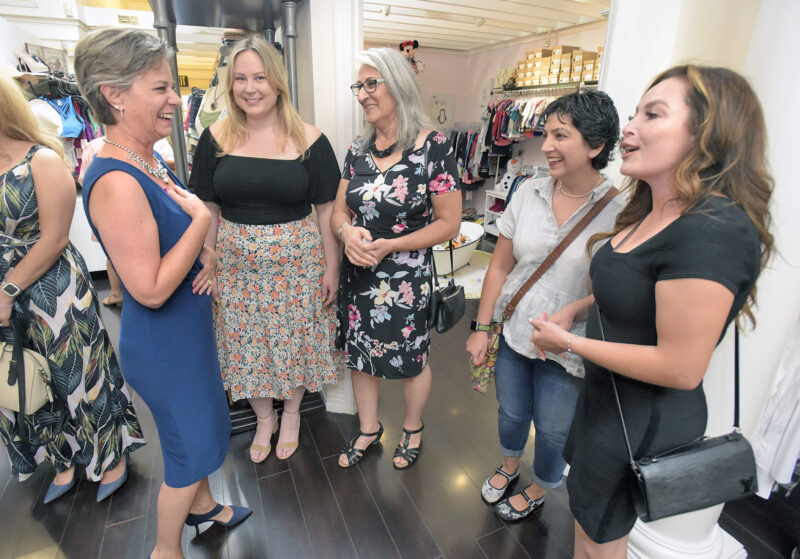 When the pandemic hit last year, not only was Delazari working her way through her college courses, raising her children on her own with little to no assistance, and still dealing with the trauma from the previous violent relationship, but also COVID-19 resulted in her losing her job.

“I graduated from College of the Canyons last June, lost my job the same month, and then got COVID-19 two months later,” said Delazari. “I was supposed to be celebrating and be so happy.”

She said she had enrolled in an online sociology program through CSU Bakersfield but was unable to qualify for much government assistance. She would receive an eviction notice because the rental assistance programs did not come through.

However, Single Mothers Outreach did, she said.

“(Single Mothers Outreach) supports me the entire way, encouraged me, nurtured me, loved me,” said Delazari. “They had so many programs and encouragement, and specifically I wanted to emphasize Yorleni. She has helped me the most.”

Artist Aazam Irilian said she had participated in the event for the past four to five years, saying for each honoree she decides from a variety of mediums to tell their story. Upon the unveiling of the piece, they’ve been working on together for a couple of months, many times the women break down in tears at the sight of their portraits.

“I think what it does is it validates them,” said Irilian. “It gives them a boost of confidence after all the hardship and adversity that they went through.”

“And they are the place that they are living, for lack of a better word, than normal life, versus where they were,” said Irilian. “It is just a kind of benchmark for all that they’ve accomplished.”

For more information about Single Mothers Outreach, the organization’s upcoming events, and/or how to get involved, visit https://singlemothersoutreach.org/. 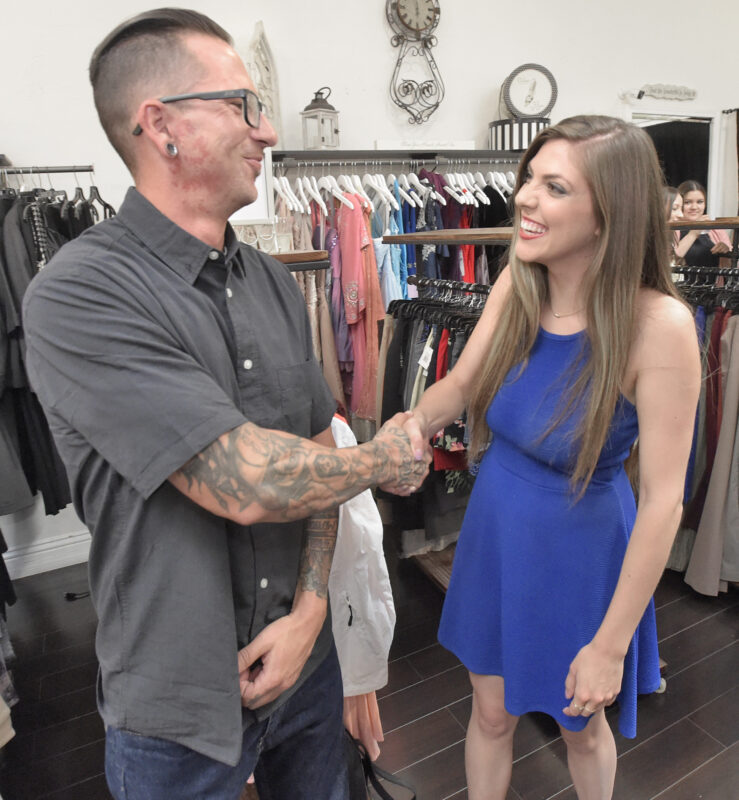 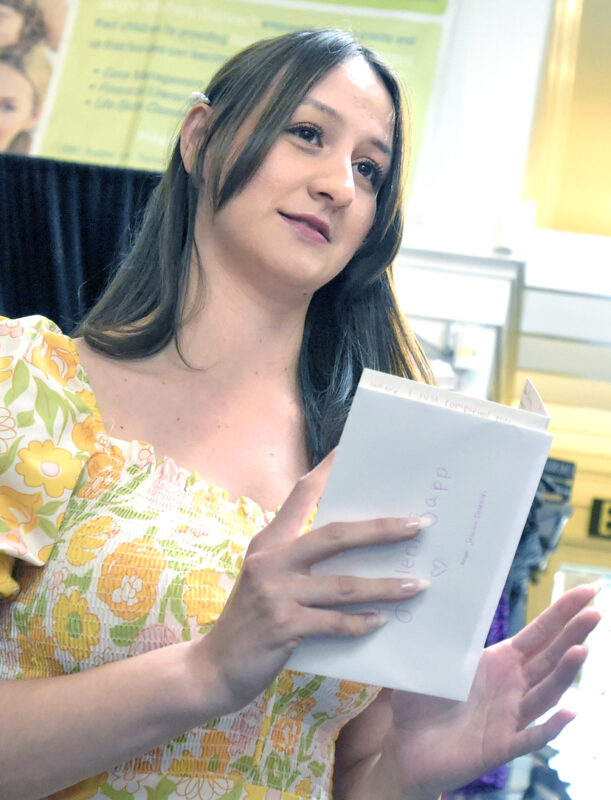